What if Teaching Is a Science? A Bit of Conceptual Fiddling 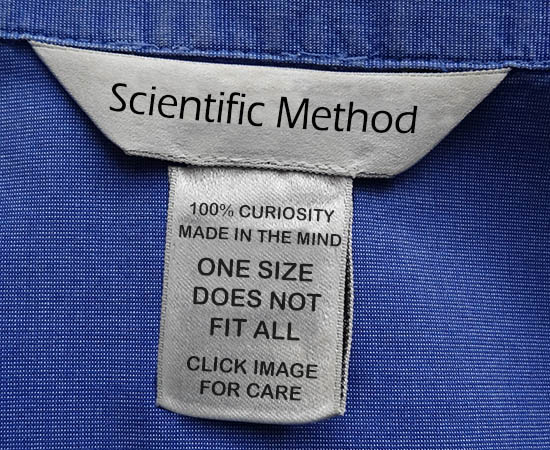 I see the formulation all the time,  but I rarely give it much thought.

I’m sure there are other variations on the second half of the couplet, but the first half almost always denies that teaching is a science.  Usually, when I read it, I move along to the inevitable paean to the aesthetic, the liberal arts, or otherwise to things with which I can groove.  And when I hear it, assuming that the speaker is in the room with me (and folks don’t often say this to me over the phone), I nod politely and listen to the inevitable complaint about teacher evaluations, requirements imposed by administrators of various ranks, and so on.

But I’m not one who can nod politely for very long without wondering about things, and my contrarian streak has gotten the best of me lately, so I’ve been asking myself precisely what one would lose if one started thinking of teaching as a science.  And since I’ve got some smart readers who will put me in my place as soon as I write this, I figured I’d fiddle with a claim that occurred to me: thinking about teaching as a science stands to correct some of the worst habits that we teachers sometimes develop, so long as we maintain a robust notion of what counts as science.

“Science” doesn’t mean any one, static thing, of course.  When medieval universities regarded theology the “Queen of the Sciences,” there weren’t any theology labs, in which one had to wear angel-resistant goggles, any more than theology had a crown to wear.  The metaphor indicates that theology, as the disciplined inquiry into ultimate things (for Christians, the revelation of God in the persons of Father, Son, and Spirit), situates all the other modes of knowing (dialectic, law, medicine, rhetoric, and such) by naming their chief end.  As the term comes more narrowly to mean traditions of inquiry into observable physical phenomena exclusively, the term doesn’t even stay there but comes to incorporate those practices that bring scientific observation and experimentation to bear on human life.  Thus “science” comes to mean not only inquiry but also technology, sometimes mechanical and other times electronic and other times still the strange phenomena that get called “social engineering.”

That last label, I have a hunch, is what makes people almost reflexively deny that teaching is a “science.”  Folks rightly object to notions that people should or maybe even could manipulate human existence in some behavioristic manner, treating the souls in a classroom like so many machines or, even worse, as parts of a machine that we call “the economy” or something likewise sub-human.  As far as that goes, I share those concerns, which is why I’ve been a steady and vocal critic of many of the politicians’ attempts to dictate the practice of education from capital cities, as far removed from the classroom as they are from doing a day’s real work.  Likewise, when corporate lobbyists, intent on making a fat profit from their “school reform” initiatives, try to turn neighborhood schools, one of the cornerstones of in-town life, into yet another consumer choice to be exercised by the parents with the least to lose, I’m almost always in the corner of the public schools over against the privatizers, separatists, and other folks who would make the schools one more place where the well-off can avoid coming in contact with the poor.

My fear, though, is that we give up too much when we make “science” functionally equivalent to “mechanistic behaviorism” or “technocratic manipulation.”  My hunch (and this little essay is an attempt to explore that hunch) is that several of the things that characterize the actual practice of science, as opposed to the popular technocratic notion of “science” as easy electronic fixes, might be precisely what we teachers could most use:

To bring all of those threads together, I wonder whether denying that “teaching” falls into the same rubric of “science” has the political fallout, whether we intend that or not, of continuing to relegate it to the status of a hobby or a religious vocation, something that eccentric personalities fiddle with, rather than a complex practice best pursued in community,with the support of institutions, ideally never with fixed dogmas or even with fixed aims but always accountable to each other as practitioners.  Or, to put it another way, I’ve seen more than a few essays bemoaning the privileged place of “science” in popular and academic discourse, to the detriment of other ways of academic existence.  Might a better strategy be appropriation rather than Jeremiad?

Obviously none of this is a rigorous philosophical treatment of the category “science” or a programmatic call for a new kind of education.  But I am curious to know, readers: do you share my sense that we raise deflector shields too quickly on the term?

1 comment for “What if Teaching Is a Science? A Bit of Conceptual Fiddling”