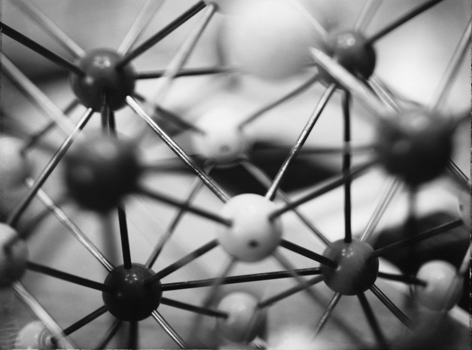 Students had been saying it for years, but it wasn’t until this semester that I started wondering what it really means when students say I’m not a “real” English professor.  Most don’t mean it as a bad thing; they seem rather to enjoy the break, when they prepare for and attend my classes, from what they would call “real” English-department work.  Since I often tell folks that my dissertation was an “interdisciplinary” project, combining post-liberal theology and literary criticism, I began to ponder whether one phenomenon has influenced the other or whether they’re parts of some larger constellation of phenomena.

When my students claim such a distinction from the “real” English professors, I don’t think any of them mean to say that I’m incapable of teaching literary criticism (though there are days I fear just that) or that their courses with me leave them wanting when they stood toe to toe with other “English” people.  The claim (I’ll reserve judgment about whether it’s an accusation or a congratulation) seems rather to do with the fact that they imagine much of my teaching, in literature classes as well as in rhetoric classes, to be “philosophy” rather than “English.”

Granted, I do tend to assign Platonic dialogues in my English classes, but they always have something to do with what we’re after in a given course.  In a rhetorical theory course, it makes perfect sense to me that students read Plato’s Gorgias and Phaedrus.  Likewise, when I teach the sophomore literature survey (which encompasses, in my classes, a range of texts from the ancient and medieval worlds), I assign Plato’s Symposium because its discussions of different orders of desires set students up nicely to approach questions of desire and damnation in Dante’s Inferno.  So the texts I assign for students’ reading must have something to do with it.

But there’s more to it than that–students have told me more than once that the manner in which I teach literature differs from the “real” English professors in our department.  Perhaps, judging by some such conversations, I’m more concerned with “the universe that a work creates” and less so with authorial biography and literary history.  Or perhaps, according to others, my selection of texts seems to veer away from “representative” pieces and towards those more likely to lead students into existential crisis.  Not all of the students even attempt to articulate the character of those differences, but many of them get the sense that they should call what my colleagues do “English” but aren’t sure quite what to call my own approaches.  I’m alright with that.

After all, even the most consistent “real” English professor is doing at least a couple of different things in any given course, each of which could merit its own “department” if one had the imagination to dream such a school.  Most upper-division literature courses that I’m aware of, and this includes my own, do some sort of work that one could reasonably call literary history.  Not only the work as a whole but particular literary forms, technical maneuvers, and modes of publication weave themselves into an investigation of things-in-the-world that results, usually, in some sort of narrative, a story that begins in some neighborhood of the past and wanders here and there, showing how this playwright responds to those predecessors’ literary texts or remain consistent in spite of the shifting sands of the broader culture.  As anyone who’s written a long literary-historical essay knows, that work is endlessly fascinating, and an English professor with some time on her hands, an empty notebook, and a reliable pen could likely sketch out an entire college major, perhaps even a graduate program, focused almost entirely on the history of how contingent forms, themes, and other such things rise and fall.

On the other hand, one could imagine an undergraduate program, perhaps even a graduate program, exclusively on the science of interpretation itself.  The historical element would be there, to be sure, even if only as background material, but such a program’s narrative focus would be on the questions that human beings bring to our own artifacts when we curate, edit, interpret, teach, and otherwise interact with texts in ways that treat them as “literature.”  (Writing that last sentence gave me ideas for at least three upper-division courses.)  And if I’m being really perverse, I could imagine an alternative institutional history in which the “real” literary-history professors don’t waste their time on “literary theory” and the “real” theory professors reciprocate.  After all, why remain content with one “English” department when there could be two departments, one for literary history and another for hermeneutics?  And I’m sure somebody reading this could offer me an example or two of places where just such things happen.

My point in nodding towards that alternative history is that, at least in the English department, everyone is already interdisciplinary, at least if one imagines a “discipline” as a historically contingent body of intellectual practices handed down from one generation of scholars to another.  The departments that we inhabit are not co-extensive with “disciplines” so much as each department stands for a coalition of disciplines (and one discipline can certainly inhabit more than one department) that share a common story.  Within any given course a professor looking for energy to drive a course’s curriculum could do worse than to mine the tensions between the discrete, intelligible disciplines that constitute any given department.  To build a course or even a major around the framework of such tensions is to give English majors (or Ministry majors or Chemistry majors or Economics majors, for that matter) a season of guided practice in theorizing differences, and one could do worse for the students.

Because schools differ, what counts as “English” also stands to take on the character of a place.  To my mind that means that an “English” person within one institution’s network of narratives might differ radically from her counterpart in another institution’s network without either ceasing to be an “English” or a “History” or a “Psychology” person.  In a larger institution, one with a healthy department called “Philosophy,” there might be less call for there to be a Plato person in the English department.  (That said, I learned all of my Hegel and a good deal of my Nietzsche in a big university’s English department, not a quarter-mile from the same university’s Ph.D-granting Philosophy department.)  Where a college has a strong English department and a strong Communication department, there’s not much sense in saying that one or the other is the proper place for students to study rhetorical theory; odds are, students learn their rhetoric in both “places.”  (Since, in my school at least, most departments share the same classroom buildings, I teach many of my own classes in the same rooms where students learn their management theory, their American history, their Greek, and their psychology.)  Since every department exists as a conversation between disciplines, and since every discipline has its history of interactions with other disciplines, my sense is that “interdisciplinary” names an awareness of one’s historical contingency more than a genuinely transgressive act.

So when I do think about what and how and why I teach, departmental boundaries don’t concern me nearly as much as teleology.  When I plan a course or a lesson, or for that matter when I engage in conversation with students and colleagues, the question that interests me more than whether I’m doing English-department things is into what sort of narrative-network this or that lesson fits, what sorts of things am I inviting students to do and how those things, when attempted in proximity to what they’re doing in chemistry lab, blend horizons and open up new possibilities for students.  When I ask teleological questions, framing what I do in terms of doing-this-for-the-sake-of-that, the departmental boundaries do not go away (after all, they provide the institutional support that makes my sort of teaching possible), but they take their place as one line of questioning among many, contending for primacy, sometimes ending up prominent and sometimes secondary (as all lines of questioning should).  Likewise, to say that departmental identity does not claim ultimate place in determining what counts as good teaching and scholarship doesn’t mean that something else becomes magically central and intelligible; it just opens up a bit of space to negotiate what might become, provisionally and as the fruit of negotiation, central and intelligible.

So I’m going to keep doing “interdisciplinary” research, knowing full well that such a label doesn’t make my work any more interesting (or less difficult) than anyone else’s.  I’ll keep teaching Platonic dialogues in freshman composition classes, taking their dialectic assertion-and-negation structure as a model for revision.  And I’ll keep on refining what I do, never forgetting that my appointment is in a department but never taking that fact as the ultimate, conversation-ending conclusion.  And when it’s time to talk about the contradictions of divine knowledge and human moral responsibility in Boethius, I’m going to do so joyfully, waiting to see what they’ll call me next.

← I Have a Confession . . .
Christian Humanist Profiles 9: A Very Critical Introduction to Hauerwas with Nicholas Healy →