Blogging through Truth and Method post 14: Language as Horizon of a Hermeneutical Ontology (439-491) 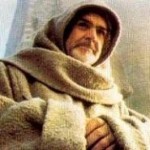 As Gadamer brings Truth and Method to its finish, the qualification and critique of other systems of aesthetics and hermeneutics comes to a close and the book’s own positive project takes its shape.  Ultimately the truth of art, as the final chapter unfolds it, is a linguistic truth, the sort of thing whose own examination is always reflexive because language-examining-language is still always language, and thus itself to be examined.  That recursive action, which has been on display throughout Truth and Method, frames the questions of taste, subjectivity, and truth that have been the focus of the entire volume.

I’d call Gadamer’s project in this final chapter as a post-Heideggerian linguistics, an attempt to connect the shape of existence, with its unfolding character, to the way that language functions as the medium through which reality unfolds.  Noting at the outset that modern linguistics tends, rightly, to focus on the plurality of languages more than it attempts global unifying theories of language (439), Gadamer nonetheless attempts to map the common ground that all languages share, not in terms of structure or even of function but in terms of experience.  Language, Gadamer argues, realizes its own experience (446).  That very Hegelian term means that language does not exclusively discover things about the world, but neither does language simply create something where nothing was before.  Rather, the shape that language takes in its historical unfolding, reaching towards the end of understanding reality, is itself the changing nature of language.  To attempt some ahistorical “nature of language” that neither accounts for already-remembered historical change nor anticipates the possibility of future radical change is to miss the fact that linguistic capacity, for language-using beings, is itself freedom (444).  Against those who would make language a sort of social contract, into which language-users enter, Gadamer maintains that people do not so much agree upon language as they use language as a medium inside of which agreement is intelligible (446).

Thus Gadamer would reframe the problem of language’s correspondence to reality, rejecting an impenetrable distinction between the “thing-perceived” and the “thing-thought” on one hand and the “thing-in-itself” on the other.  Instead, the “thing-in-itself” comes to us as a continuity of perspectives, a perception that is a thing (447).  Here Gadamer seems to reject Kant in favor of Hegel, imagining reality not as an “out there” that the perceiving “eye” beholds (in English, one can scarcely dodge the pun here) but as a totality that encompasses both the “eye/I” and the world that “I” could perceive, thus encircling the problem of perception and reality rather than conceding the impasse.  Certainly any conception of reality, Hegelian or otherwise, does not escape the reality that language is still incomplete in its unfolding in any philosophical moment, and “[t]he consciousness of being conditioned does nto supersede our conditionedness” (448), but the “world” nonetheless remains open to meaningful (hardly an empty word in this book) for human existence.

Finding “perception versus reality” unsatisfying, Gadamer prefers “will and language.”  Although the world can only come to us as world verbally, mediated through linguistic systems, nonetheless the world remains independent of our will, refusing to behave differently, irrespective of the labels that we assign things (450).  Thus the infinite potential of language to vary and the finitude of the world co-exist therefore because reality is always unfolding, becoming what it could be, but not what anybody could have predicted, in relationship with language but not unilaterally willed by language (453).  Thus the most powerful insights of postmodernism, among them the linguistic shaping of reality, can be true alongside the hardest of sciences, which maintain (rightly) that the world does not alter itself according to the names we give it.  This dialectic between language and world, the only way that humanity can interact with the real (457), is decidedly some of the gold in Truth and Method. Speech names things.  Such was all the earliest Greeks needed; they were not troubled by the nature of subjectivity (460).  When the Sophists, then Plato and Aristotle, then others become more reflective about the relationships between words, things, and self, Gadamer describes that historical process not as system-building but as the unfolding of linguistic consciousness (461).  Because language is not an arbitrarily invented system of signs but the medium through which further reflection can happen, any given language-user does not speak the language so much as the language speaks the person (463), giving a tentative shape to the experiences that future generations will name differently and thus experience as entirely different (and perhaps not even as experiences).

The processes of science, rhetoric, philosophy, history, and other modes of human knowing tend to be processes of self-cancellation, stories of ideas that come into contact with further possibilities and take on new horizons in relationships with those possibilities (465).  Always relational, language never occurs as a series of atomized statements but as discourse, the exchange of this idea for that, this metaphor for those, and so on (469).  To exist as a human being, to live as Heideggerian Dasein, is itself a hermeneutics; one cannot “turn off” the hermeneutical so that one can distinguish between un-interpreted existence and “interpretation” (474).  To examine interpretive processes is not an invalid enterprise for the intellect, but one does well to recognize that those special moments (preaching a sermon, rendering a judicial sentence, teaching a literary text) that we human beings tend to think of as special moments of interpretation differ in degree, not in kind, from other human moments.

The insistence that interpretation is pervasive extends to the natural sciences: Gadamer argues that science is not mathematical or merely observational as opposed to linguistic but rather represents a particular range of linguistic ways of existence (476).  The main shift of intellectual culture from the Renaissance to the Enlightenment, Gadamer suggests, is not at all from a “rhetorical” culture to a “scientific” culture, for science is one valid subset in the larger category of rhetorical modes, but rather from a shift in controlling criteria for truth.  Whereas a Platonic notion of truth, in which the properly disciplined soul loves what is true because truth is beauty, governed the rhetorical modes of education and philosophy in the West from Plato up through the Italian Renaissance, the Enlightenment changes the game so that mechanism, not beauty, is the measure of things (479).  The method for determining truth in most Enlightenment frameworks, therefore, has more to do with how the pieces move one another in a mechanical chain of cause and effect, something that any observer, irrespective of good or bad desire, can apprehend.  Gadamer suggests that recovering such a notion of truth as beauty might be what the human sciences need to name the sort of truth that literature, philosophy, history, and other such disciplines seek.

Beauty works so well as a field within which to judge human truth because there is no beauty that can exist abstractly: beauty is always beauty manifest (482).  Thus the nature of experience, something that’s always unfolding and always re-defining itself and always appropriating traditions in unexpected ways, stands to be called beautiful or failing-to-be-beautiful in ways that mean something, as opposed to the meaningless claims that this or that experience of human truth is “verifiable” or not (or, even worse, that the most human of questions are not valid questions at all).  To educate someone with the aim of developing a mind for this truth, then, is not a method of interpretation, not a technique at all, but a series of encounters with others, whether those others be novels, dialogues, paintings, human communities, or any of the other possibilities of human existence.  The aim, then, is not a technical proficiency (as handy as technical proficiencies can be) but the encounters themselves.  The character of experience is such that the process of vision and revision will happen as such encounters do, and no supplemental “method” is necessary.

It’s no surprise, with this sort of ending, that traditionalist postmoderns have seen Gadamer as a pioneer for our projects.  Truth and Method is a philosophy of the human sciences capacious enough to welcome what David Tracy would call classics as well as critical enough always to read those classics with an eye open for places where repetition must give way to the processes that make truth true.  As Michial and I wrap this series of posts up, I’m glad that I took some time this summer to encounter yet another voice in the philosophical tradition, one that has indeed led to my own sharpening and revision.  In other words, this is one of those books that delivers on what it holds possible, and in my mind, that keeps it a worthwhile read.

City of Man, Episode 146: Locke on Education and Human Nature