A Brief (and Predictable) Response to David French 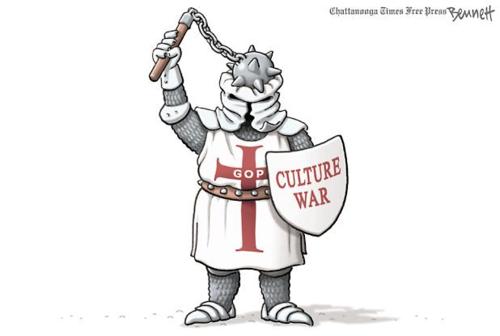 An Open Letter to Young, “Post-Partisan” Evangelicals by David French

Post-Partisan Evangelicals, Perception Versus Reality, and the Moral Primacy of the Abortion Debate by David French

Since I’ve commented recently on politics, critiquing liberal-leaning evangelicals, I figured I should probably go ahead and write my election-year post on why the GOP don’t impress me much.  (I live in the constant fear that someone, somewhere, might agree with me on too many things.)  And David French gave me that opportunity several weeks ago with the pair of blog posts above.  So here it goes.

Wait.  Not yet.  I’ll note first that this essay is just Nathan Gilmour’s theorizing and speaks neither for David Grubbs nor for Michial Farmer, unless one or both choose to agree.  And certainly I’m not speaking for Emmanuel College or Athens Christian Church.  Most readers of The Christian Humanist already know that, but I do want to make sure.

I can sympathize with David French’s story of his journeys through the “post-partisan” nineties and the subsequent movement towards some sort of intellectual conservatism.  To his story I would only add that my own rejection of the GOP in the late nineties came in the wake of a teenage faith-experience in the early nineties, in which my own Christian mentors were GOP partisans as well as dedicated believers, which has always made my own relationship with federal party politics a tricky one.  Beyond that, I’m sure some of my own political tendencies have to do with the fact that I came of age after the height of the Cold War but before the so-called War on Terror.  (I have a hunch history books will call the years starting in 2001 something else.)  But moving forward in college, the parallels are there: both of us saw the parties as distracting from real concern for our fellow humanity.  Both of us came to realize that complaints about Christianity’s being “too political” are decidedly asymmetrical in the circles where we traveled.  (In other words, those who complained that Christianity was “too political” in 1998 were often the most vocal backers of Barack Obama in 2008, and rarely would such folks shy away from theological language.)

Yet the places where we land, after his experience with Edmund Burke and mine with Richard Weaver, differ quite a bit, and our shared concern for abortion send us to those places.  In the second of the above posts, French holds that the two major factions do not disagree radically on much, disagreeing so sharply not on the content but on the extent of certain policies.  He sees only one major distinction:

You’ll note (as my critics certainly have) that I place abortion at the center of my argument.  My argument against post-partisanship is not free-standing.  In other words, it’s driven by the context of our times, and much like during the slavery debate prior to the Civil War, our relevant political parties have chosen sides on the issue of life.  They have chosen sides in a way that is different in kind from their marginal differences on war and peace (Obama continued every single existing Bush war policy and tactic), entitlements (where the primary argument is over rate of growth, not their existence), and tax rates (where again the difference is over small changes in percentages, not existence).  Even in the arena of gay marriage there is more in-party diversity than exists on the abortion question.

My point of contention is that French overestimates the number of radical departures by one.  There is no real, policy-influencing difference between the parties when it comes to abortion.  If indeed there were such a radical difference of governing philosophy, one could reasonably anticipate some major efforts to legislate strong counter-measures to the SCOTUS’s 1973 decision, provided that the GOP faction secured some degree of significant power in the ensuing 39 years.  And indeed, during the roughly 30 years from the beginning of the Reagan administration to the end of the George W. Bush administration, including a long run of GOP majorities in the House and Senate, even a cursory review of the record reveals a fair bit of significant change in the operations of government.  Military spending swelled.  Government surveillance increased radically.  A series of wars, none declared by Congress (I’m a sucker for that Constitution thing), started, and some finished.  Banking regulations dried up, as did assistance programs for the poor.  In other words, nothing in the GOP’s governing style indicates a strong aversion to radical changes in political life.  Yet nearly nothing has happened relative to abortion.

I realize I’m not remotely the first to argue that abortion and gun-control, among others, are rabble-rousing issues.  The theory goes like this: while the two major parties go about dismantling popular governance and handing more and more power to banks and corporations, there’s always the risk that the population of the country will be taken by the spirit of Cato and say “no more.”  So the government periodically raises these “fighting words” where people can hear them, and for very little cost on the part of the lobbying class, the people are “reminded” that their “real enemies” are their fellow citizens on the “other side” rather than the powerful moneyed interests which continue to commandeer the nation.  Thus no concerted opposition rises to the aforementioned multinationals and investment bankers and arms dealers.

I recite that picture of things simply to note that I’ve not been convinced that anything else is the case, and that’s why I don’t take seriously  the claim that a GOP vote is an anti-abortion vote.  The faction that’s openly pro-abortion and the one that’s de facto pro-abortion pretend occasionally to fight so that they can raise funds without too much sense that they’re all on the same side.  There’s simply too much to lose if the abortion “issue” goes away, and the practice itself is too logical an extension of the consumer capitalism that animates both parties.

I write these things not to say that they should be thus but to set the stage for an alternative that will likely never happen.  By tracing the outlines of such an impossible scenario, I hope that it will shed some light on what I take to be false alternatives elsewhere.  (I’m an idealist that way.)  So here’s the alternative: why don’t people, Catholics and Evangelicals and everyone else, abandon the two major factions and band together to elect a truly abolitionist candidate?  My personal choice would be Joe Schriner, but any true-believer would do.  Instead of someone affiliated with the party who’s pretended to be “pro-life” for forty years, why not someone with no long-established party to let down, who can promise to veto every budget, law, and other document that comes across his desk until the amendment passes?  Why not put into power an executive from a truly self-destructive party, one which has the sole goal of outlawing abortion and then resigning from power?  If abolition is really THE issue, why not treat it thus?

Now the side of idealism that most people ignore is the theoretical work of naming why the good city likely will never happen.  (It’s the part of Plato’s Republic that nobody seems to read, or at least nobody seems to cite, the section in which Plato is a near-Nietzschean political pessimist who makes even me uncomfortable.)  Just as Obama’s people are already making excuses for the assassination of civilians (one prominent hit being on an American citizen not convicted of a crime) by means of killer robots, so the GOP partisans are likely going to counter this with the standard excuses until mid-November, at which point everyone will forget again.  Some people have already abandoned reading this post so that they can post the standard reasons why strong anti-abortion politics is impossible in the comments section.  So be it.  My point here is not to raise up a popular movement but to articulate an alternative possibility, something that throws politics-as-usual into relief.  My point is to deflate high-sounding claims like David French’s that there really is a strong difference between Democrats and Republicans on the question of abortion.  Any vote cast for a GOP candidate is an endorsement of the thirty-year deceit, an approval for abortion to disappear for three more years, only to surface again in 2016.

Certainly those who vote in American elections should think carefully about how to vote, and certainly one should align oneself with the faction (or with the candidates, if one votes like me) who stand to do the least harm.  But to pretend that abortion is a genuinely live issue in 2012 simply is not honest.  For it to become so would require a dedicated abolitionist candidate, and unless there are more people than I realized voting for Joe, the predictable every-four-years moralizing about abortion is just more hot air.  May the Kingdom come.

← A Thorn was Given: A Reflection on the Lectionary Readings for 8 July 2012
Book Review: "The Road Trip That Changed the World" →