A Primer on Religious Existentialism, Pt. 3: Hellenism and Hebraism 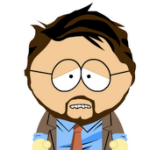 There’s a degree to which it’s legitimate to claim Judeo-Christian roots for almost all Western philosophies (including the scientism that seeks, in its more recent and ugly manifestations, to destroy religious faith altogether), but Existentialism has a special claim, I think. Most wide-scale histories of the movement include an early space for religious belief. Walter Kaufmann, himself no great friend to Christianity, is typical. In his Existentialism from Dostoevsky to Sartre—one of the earliest anthologies of existentialist writing and thought—he tries to find a precursor to Dostoevsky: “If we look for anything remotely similar in the long past of European literature, we do not find it in philosophy but, most nearly, in such Christian writers as Augustine and Pascal.” It seems odd to me that Augustine and Pascal do not qualify as philosophy in Kaufmann’s mind—they are, let us agree, artistic works, possibly in addition to philosophical works—but he reads the line of influence correctly: “it is in Christianity, against the background of belief in original sin, that we first find this wallowing in man’s depravity and this uncompromising concentration on the dark side of man’s inner life.”

William Barrett—whose 1958 text Irrational Man is, by my lights anyway, the single best introduction to the movement—rightly goes even further back to find the source of Existentialism. He takes Matthew Arnold’s distinction between Hellenism and Hebraism (a distinction fleshed out even further in Reinhold Niebuhr’s The Nature and Destiny of Man) and classes nineteenth- and twentieth-century Existentialist thinkers in the latter group:

The Law, however, is not really at the center of Hebraism. At the center lies that which is the foundation and the basis of the Law, and without which the Law, even in the most Pharisaical tradition, would be but an empty shell. Here we have to think beyond Arnold. To be sure, the Law—the absolutely binding quality of its ritual and commandments—has been what has held the Jewish community together over its centuries of suffering and prevented this people from extermination. But if we go back to the Hebraic sources, to man as he is revealed to us in the Bible, we see that something more primitive and more fundamental lies at the basis of the moral law.

Barrett, like Kaufmann, finds the roots of Existentialism not in works of straight philosophy but in artistic works, in this case the Book of Job, sometimes referred to as literature’s first “novel”; in order to understand early Existentialism, says Barrett, “We have to learn to reread the Book of Job . . . in a way that takes us beyond Arnold and into our own time, reread it with an historical sense of the primitive or primary mode of existence of the people who gave expression to this work.”

Job has lost its power in the modern world, Barrett claims, because we feel relatively protected, both from the world around us and from a kind and forgiving “god without thunder,” to use John Crowe Ransom’s phrase. This was not true for the book’s initial audience:

For earlier man, the outcome of the Book of Job was not such a foregone conclusion as it is for us later readers, for whom centuries of familiarity and forgetfulness have dulled the violence of the confrontation between man and God that is central to the narrative. For earlier man, seeing for the first time beyond the routine commandments of his religion, there was a Promethean excitement in Job’s coming face to face with his Creator and demanding justification.

What Barrett leaves out in this description, of course, are the facts that lead up to this demand. Job is about belief systems that had seemed stable being turned on their head. Job and God seem to have an implicit arrangement at the beginning of the book: Job will live uprightly, and God will bless him (or at least keep him from the really terrible things of life). But this arrangement is shattered by the cosmic bet between God and Satan, and the entire foundation of Job’s life is shattered. The operative question of the bet is whether or not Job will remain Job even after his world turns to mud—that is, whether or not he will remain righteous even when he can’t find an immediately good reason for doing so.

The arguments set forth by his friends—almost all of which involve Job harboring some “secret sin” that makes him deserve the suffering he’s experiencing—are apt to seem rather ridiculous to readers who are familiar with Christ’s declaration that God “causes His sun to rise on the evil and the good, and sends rain on the righteous and the unrighteous” (Matthew 5:45, NAS). But of course such arguments are still used today. I remember my mother coming home crying from church one day because some amateur theologian (who apparently was familiar with neither Matthew nor Job) had told her that my sister’s recently diagnosed diabetes was the product of some sin. No, the Book of Job says, things happen, the reasons for which we will never know.

The crowning glory of the Book of Job is its final third, in which Job does indeed demand an explanation for his suffering from the God who is, after all, in control of all things. Barrett’s observation that, as opposed to similar moments in Greek drama, “The Hebrew . . . proceeds not by the way of reason but by the confrontation of the whole man, Job, in the fullness and violence of his passion with the unknowable and overwhelming God” is instructive here. Job’s complaint to God is not that he has suffered and doesn’t know the reason for it; it’s that God is absent during that suffering. Thus he can cling for awhile to his famous statement that

I know that my Redeemer lives,
And at the last He will take His stand on the earth.
Even after my skin is destroyed,
Yet from my flesh I shall see God.
(19:25-26)

It is, in fact, not until Job claims that he will approach God rationally and tell him what’s what that God appears in the whirlwind to rebuke him. “I would declare to Him the number of my steps,” he tells his friends. “Like a prince I would approach him” (31:37). These are nearly Job’s final words before God appears; Elihu will spend several chapters rebuking him before the main event shows up in chapter 38.

God, let us say, is not pleased by Job’s desire to attack or defend him on logical grounds:

Who is this that darkens counsel
By words without knowledge?
Now gird up your loins like a man,
And I will ask you, and you instruct Me!
Where were you when I laid the foundation of the earth?
Tell Me, if you have understanding,
Who set its measurements? Since you know.
Or who stretched the line on it?
On what were its bases sunk?
Or who laid its cornerstone,
When the morning stars sang together
And all the sons of God shouted for joy? (38:2-7)

God thunders on like this for several chapters, and finally Job gives the correct answer: “I retract, / And I repent in dust and ashes” (42:6). Notice that Job is not intellectually convinced by God’s argument—no more than the reader is intellectually convinced by the strange epilogue of the story, which tells us that God gave Job a new wife and new children, as though that made up for all he’d been through. Job’s response to God is a method, a way of living: he bows before Him.

The other major source for existentialism in the Hebrew Bible is Ecclesiastes, a book that has always posed a problem for thinkers who want to make the Bible into a grandly coherent statement. What do we make of this book, which seems to preach nihilism and meaninglessness? It’s often classed as wisdom literature—but how does it fit in with the Psalms and the Proverbs, most of which appeal much more directly to traditional notions of God. But Ecclesiastes opens with an insidious declaration of intent:

Notice that holy living is not excluded from this condemnation of human life: “The wise man’s eyes are in his head, but the fool walks in darkness. And yet I know that one fate befalls them both” (2:14). The Preacher is clearly operating under what Martin Heidegger would later term being-towards-death—a state which, however grim, opens up potentiality to the person who exists in it. The problem in this case is that it has reduced all potential outcomes to the same sad singularity: nothingness.

There is no epilogue to Ecclesiastes that makes things right—the Preacher doesn’t come back in the final few verses and say that he’s discovered a meaning for his life. All things remain vanity at the end of the book. There is no meaning to suffering that can be discovered: “man cannot discover the work which has been done under the sun. Even though man should seek laboriously, he will not discover; and though the wise man should say, ‘I know,’ he cannot discover” (8:17).

One gets the image of Albert Camus’s Sisyphus, pushing that rock up that hill for all eternity, with no hope that he’ll ever be allowed to stop or be given a more achievable goal. And the Preacher’s advice is strikingly similar to Camus’s: You just have to keep working anyway and hope that maybe eventually something will turn up: “Cast your bread on the surface of the waters, for you will find it after many days” (11:1). As in the Book of Job, a method is prescribed rather than an answer being given—and as in the earlier book, the answer revolves around having faith in a God Whom we can’t see and can’t hope to understand: “Just as you do not know the path of the wind and how bones are formed in the womb of the pregnant woman, so you do not know the activity of God who makes all things” (11:5). Meaning is apparently not for human beings to grasp, but for God alone.

The themes of the Book of Job and of Ecclesiastes would be echoed by existentialist theologians throughout the nineteenth and twentieth centuries. God is absent in an immediate physical sense, these theologians tell us (though they disagree about what that absence signifies), and there is no immediate answer coming to the question of why we suffer. The solution is not an intellectual program, as you might expect, but a method of living: Paul Tillich will tell us to have the “courage to be,” the drive to live in the face of the nothingness all around us; Martin Buber will tell us to find God in the encounter between the I and the Thou; Karl Barth will point to the Book of Job itself, along with the other books of the Hebrew and Christian Bibles, and tell us that the only route to God is the only which He has devised, His testimony and revelation. These three thinkers (and most other existentialists, religious or atheist) owe a great deal to Hebraic angst and doubt, and a return to these early books shows the modern reader, again and again, that what he goes through is nothing new.

4 thoughts on “A Primer on Religious Existentialism, Pt. 3: Hellenism and Hebraism”