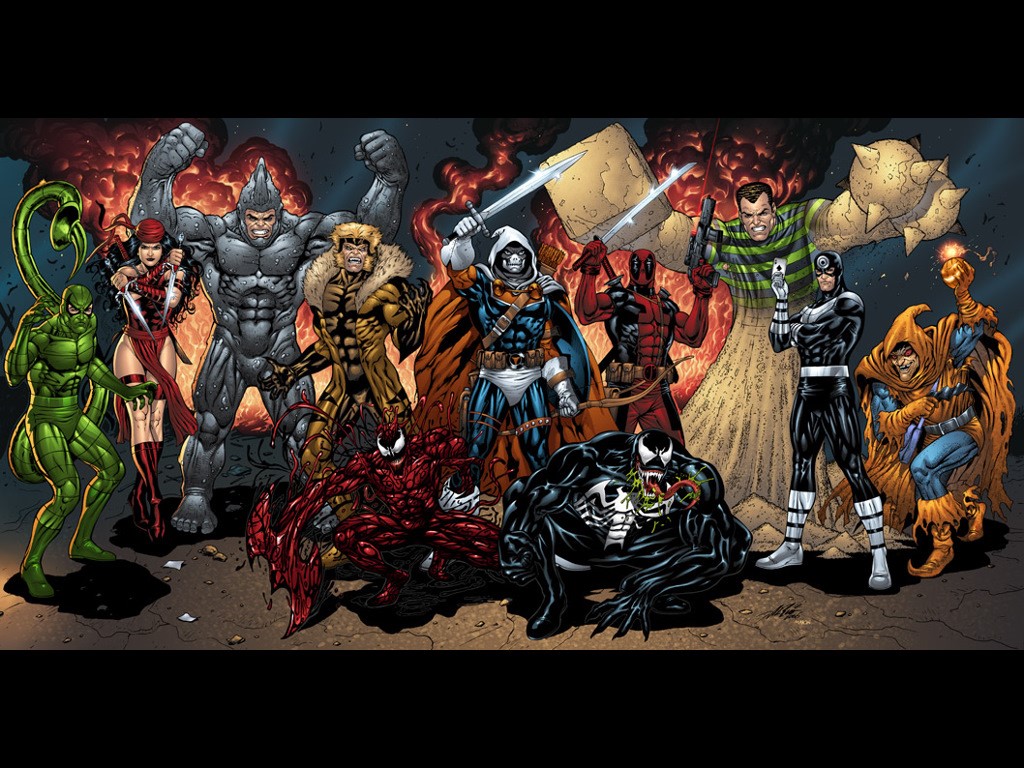 Have I mentioned lately that I really enjoy my job?  As James K.A. Smith has recently noted on Twitter, his job (mine is very similar) is such that he receives a paycheck every month for re-visiting Plato’s dialogues with students.  For someone like me (and presumably like Smith), that’s pretty cool.

Another groovy thing about this gig, though, is that the questions that arise in dialogues and novels and tragedies and treatises don’t stay there; they sometimes wander out into social media.  One of my English majors, Johnathan Floyd, posted this gem of a question on Facebook yesterday and tagged me for conversation:

My first thought is that such a question might benefit folks beyond Mr. Floyd’s contact-list, so I’ve brought the conversation over here, and I’ll take a run at it and then see if the comment section here (or on my FB wall) yields some more good conversation.

If we approach this questions in terms of literary history, the answer is obviously no.  Many early hero-tales with which I’m familiar don’t involve villains, in the sense that I usually think of the term, at all.  Instead, the heroic figure battles mainly against cosmic forces that aren’t even close enough to humanity for me to think of them as “villains” (Gilgamesh) or are mainly battling other human beings who are heroic in their own right (Theseus, Achilles, Aeneas).  Such figures are heroes not because there are prior villains that they must confront but because each hero, within her or his culture’s set of expectations for what makes a good warrior, exhibits excellence where and when it counts, be that in terms of wits, skill with a sword, courage in the face of one’s own doom, or whatever.

If heroes aren’t exclusively defined against heroes, though, certainly villains also have a life of their own, and that life begins with the word itself.  “Villain” is a word that arises in 13th-century English and usually connotes someone of low rather than noble birth or, even in very early usage, a person whose lower desires overwhelm her or his more noble desires.  In other words, a person who would sacrifice loyalty to one’s comrades-in-arms in order to increase her or his military power (by joining the enemy) is a villain.  So is the person who trades mercy for monetary gain, and so is the person who would toss aside truth for sexual gratification.  Villainy assumes a certain hierarchy of goods, whether those be the time-anchored systems of hereditary class or the more enduring notions of ultimate goods such as love, justice, mercy, and good-will.

Villains, then, can arise without a hero around to oppose, and in fact, it’s precisely in those moments where there are not especially excellent opponents that villains tend to rise in power.  Because they have some goodness, like self-discipline or the practical wisdom to navigate political networks with dexterity or even big muscles, villains can overwhelm folks who are not particularly excellent at military ventures or political maneuver but otherwise live good lives.  My hunch is that the magnetic-field-manipulating, mind-controlling, secret-doomsday-device-building supervillains of the comic books are on some level allegorical explorations of of more mundanely powerful villains (but, as Dante just reminded me, also literally space-alien symbiotes who amplify the worst desires of envious photojournalists–we mustn’t eradicate the literal in our pursuit of the allegorical).  Those stories reflect our fears that those to whom God (or the gods or nature or luck, depending on the story we tell) has given the greatest ability will consider that ability raw power, for the sake of expanding the individual will, rather than as force-for-good, force-for-justice, and so on.

And that’s why villains’ backstories are so fascinating, sometimes moreso than heroes’ backstories.  Whatever lures a villain to trade higher desires for lower is itself good in some respect, whether the good of connecting with another human being or the good of exercising right dominion over one’s free-hold or the good of discovering and disclosing what the world shuts up as secret.  A villain is never merely an unthinking force of nature or only someone whose loyalties, tragically, lie with “the other side;” what makes villains villainous is that, for reasons that can only make sense in a narrative, they have elevated local loyalties so far above universal responsibility that they will “hurt all mankind just to save their own,” or overestimated their own fitness to rule that they attempt to be the only free one in a country of captive slaves, or preferred revenge to mercy because the world has just stopped making sense as a morally intelligible system.  Villains’ motivations can range all over the philosophical spectrum, but they’re always an exercise in moral deliberation.

So that’s what a hero’s up against, and in the more interesting hero-versus-villain tales, whether Esther versus Haman or Abdiel versus Satan or Spider-Man versus Venom, the hero always stands in dual danger: the villain could prevail by means of force and political maneuver; or, even worse, the hero could fall into villainy of her or his own, whether out of desperation or envy or whatever other reason.  And in a like manner, the villain always stands to undergo a conversion, to prefer the higher to the lower goods, to become herself heroic.  It doesn’t always happen, but it doesn’t always not-happen either, and that’s what makes us come back to the hero-tales.

← Memory, Theory, English Departments, and Christian Education
Sin-Questions: A Reflection on the Lectionary Readings for 9 March 2014 →