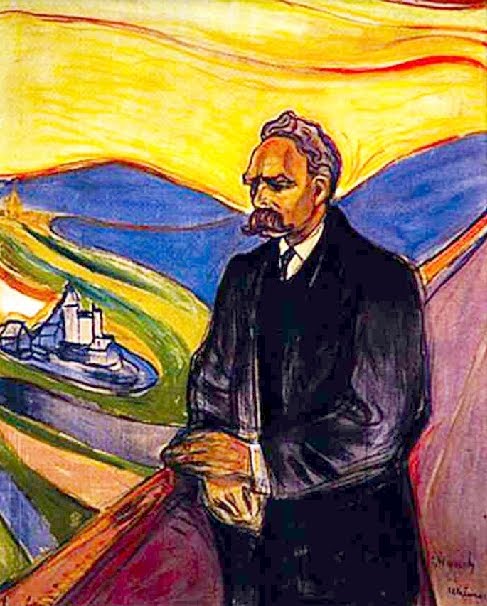 As I said on our “God Is Dead?” podcast episode, I encountered Nietzsche via his famous sound-bite as a high school student.  I had no idea that his literary output could consume a library shelf, that his targets of scorn were just as often liberal atheists as they were Christians, or that his particular brand of unbelief rose from a great love of the Greeks.  What I did know is that I had a name to add to my list of enemies, that Nietzsche was now next to Darwin and Sagan in my list of enemies to conquer some day.

Now, twenty years later, I’ve come to regard Fritz differently, not as a co-religionist but as a friend of sorts.  I actually dug into his corpus as an undergrad and learned to appreciate the lively and pugnacious character of his prose, even as I couldn’t ultimately embrace the right-wing politics that seem to go along with his larger project.  When I could finally understand Hegel (which is to say in the last stretch of my Ph.D coursework), I learned to read him in conversation with a longer philosophical conversation.  As a professor I’ve taught excerpts of his Birth of Tragedy (next to Aristotle’s Poetics) in order to introduce English majors to the grand questions that animate literary criticism.  I’ve taught through Genealogy of Morals for an introductory religion-and-philosophy class, and I’ve re-read Beyond Good and Evil in my mid-thirties, re-discovering Nietzsche’s project of re-imagining philosophy in a thoroughgoing atheistic framework.

On this end of that twenty-year bout with the German, I’ve come to realize that, ultimately, Nietzsche’s vision of reality will likely remain the second-most-compelling universe, next to Augustine’s, but that he’s still far more compelling than Sagan or Dawkins or most of the folks that I call liberal atheists.  His strengths are not unique, I’ve come to discover, but they come to the reader as a peculiar combination that spur Christians, I think, to ask questions that might not occur to us without being in conversation with him.

Four of those strengths stood out to me in particular this December, as I reread Beyond Good and Evil:

Dealing with a writer who thought himself my enemy, who titled one of his significant books The Anti-Christ, has been an interesting journey.  Ultimately I think that the way I live with Nietzsche now, neither as my guru nor as my partisan foe but as a tutor in question-asking, stands to bear the most fruit, and I think that the same stance towards other non-Christian philosophers (Marx comes to mind first, but there are plenty of others) might likewise be the most fruitful for us Christians as we live out this leg of the grand Christian race.  My hunch is that learning to treat all important texts, be they treatises or epics or tragedies or novels, likewise is part of what it means to become a literate Christian.

← Late to the Party: A Response to Bo Sanders
Christian Humanist Profiles, Episode #5: Honoring the Question →