The Seat of Moses: A Reflection on the Lectionary Readings for 30 October 2011 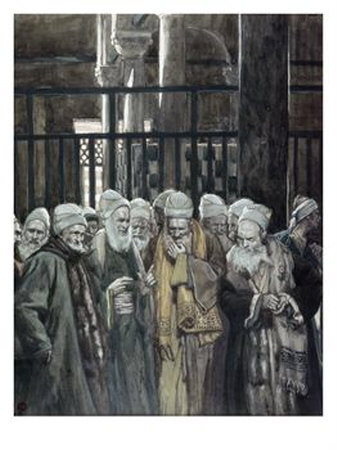 Today’s was the sort of Lectionary reading that surprises even someone like me who thinks he knows the Bible.  And for that matter, it’s a reading that makes me reconsider some of the big-picture theological moves that I tend to make, or at least those that I make without thinking.  I came into the theological scene in the mid-nineties and went to seminary at the turn of the twenty-first century, when the cardinal sin was hypocrisy and “orthopraxy” and “incarnational” Christianity were coming into their own as “the big things.”  (Yes, those trends were around fifteen years ago.)  We challenged the champions of right doctrine to show us how those doctrines played out and gloried at the fact that the lives that resulted were seldom appealing lives, according to our particular, college-senior-and-grad-student aesthetic.  (Yes, those were also around fifteen years ago.)

But in this week’s Gospel reading, Jesus insists both on the teaching and the way of life, on praxis and on doxa.  The hypocrisy (Jesus used forms of that word, after all) of the Pharisees nobody can miss in this pericope, and anybody trying to minimize the same is not reading carefully.  But just as plain is the injunction to respect the content of Pharasaical doctrine, to acknowledge the authority of the Seat of Moses.  And the metaphor here is not merely ocular: one must not merely see as the Pharisees see but follow what the Pharisees teach.  The verb is unmistakable, and I can only with great effort resist the urge to joke about Jesus calling himself not so much a Jew as a Pharisee-follower.

Humility, to salvage what little bit of serious thought I had going here, means at a minimum, then, an acknowledgment that the best teaching is always the best teaching, even if the best teachers happen to be wretched human beings.  What Jesus enjoins here can’t possibly be a blind eye turned to their wickedness, but it also can’t be a rejection of teaching based on an evaluation of the teachers (much less a facile psychoanalysis of the same).  To live in that impossible place, lowering one’s self to follow the reprehensible because they bear the divine word, is precisely what makes going to church every Sunday so difficult.  (And I say that as one of my congregation’s main teachers.)  But difficult might just translate into the narrow way, the cross to carry, the foolishness to those perishing.

May our humility always shape the ways we relate to our teachers.

← First as Tragedy, then as a Link
The Christian Humanist Podcast, Episode #62: Aeschylus →