One Reality, Not Two: A Reflection on the Lectionary Readings for 21 August 2011 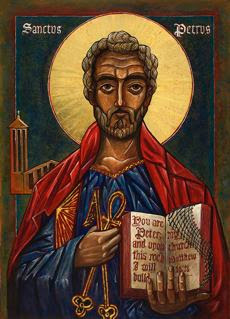 I hate to admit it, but as much as I value my seminary education, and as much as I love all of my friends from seminary, I’m glad I’m not all that close to the seminary scene any more.  (The college where I teach is contemplating starting a theological graduate program, so I might some day return by virtue of seminary scene coming to find me.)  Learning to ask the sorts of questions that I ask when I study and when I teach the Bible was great, but when I read blog posts and Facebook updates and other off-the-cuff electronic text from people still around theological graduate schools, I see a body of concerns that just don’t concern me any more.  More precisely, I see conversations dominated by binaries that I just don’t find useful anymore.  One can advocate for either charity or political change, but to call for both draws suspicion.  One can either believe in economic justice or in a Church whose sex lives stand in contrast to the libertinism of the Roman Empire (or the New Left), but to stand in favor of one means supporters of the other are going to be suspicious.  One can either hold the Bible to be authoritative or challenge conventional readings of the same, but nobody really does both.  And so on.  And if I’m honest, I see those binaries, too often for comfort, mapping themselves onto familiar liberal/evangelical (or progressive/conservative, if you must) territories.

This week’s gospel reading is just such a text, and it troubles me that, at various points of my own intellectual life, I probably insisted strongly that Peter’s calling Jesus “Son of God” had little or nothing to do with Christian doctrines of Trinity, or that it had little to do with anything else.  (Like I said, I’m glad to be away from it; I didn’t claim never to have been a part.)  When I read it now, in my mid-thirties and miles away (geographically and otherwise) from the “cutting edge” of biblical and theological studies, I’m inclined to see this passage in ways that borrow both from Dominic Crossan and from Billy Graham.  Indeed Peter (in this version–I realize there’s a briefer Mark version) says something beyond Psalm 2 when he calls Jesus son of the “living God,” but certainly he says no less than what Psalm 2 says about the monarch.  And while I’d be among the last to say that anything like a Nicene Christology was an intellectual option for a monarchic-era Israelite or even for a first-century Palestinian tradesman, I also would be among the last to say that the limits of the Psalmist’s intellect (or the fisherman’s) are the same as the horizons of the text.  Even without doctrines of Scriptural inspiration, literary texts always outstrip their authors’ horizons, and with the confession that God indeed inspired the Psalms, the possibilities that open up are at least capacious enough to include Nicene confessions.

In short, I want history and theology, both confession and literature.  And now, a decade out from seminary, I’m much more confident in thinking that the Bible we’ve got can give me both.

May our knees bend at the proclamation of the King, both at the reading and at the preaching of the Holy Scriptures.

3 comments for “One Reality, Not Two: A Reflection on the Lectionary Readings for 21 August 2011”