On Teaching Plato One Mo' Time 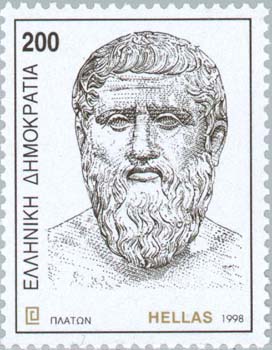 In the spring semester of 2006, I overheard a conversation going on in the hallway between two of my graduate student colleagues at the University of Georgia. The funny thing is I do not remember the content of the conversation so much as I retain an impression that they were discussing some traditionalist’s most recent column about the death of traditional liberal arts education.  Whatever they were saying, it inspired me to put down whatever I was working on at the moment and start running an Amazon.com search for copies of Republic by Plato.  Within the next few days I put together a proposal for a special topics section of freshman composition, one in which the students would write papers about that famous and perhaps even often-read dialogue, and now, 4 1/2 academic years later, on Monday I finished up teaching that wonderful book for the fourth time.

This time, of course, the context was different. I am no longer the vaguely subversive traditionalist graduate student at a gigantic State University; instead, I am teaching the honors section of freshman composition at a small Christian college.  And this time, I am a vaguely subversive (for some of the same reasons, believe it or not) traditionalist assistant professor.  But Plato persists, and in this context, it’s better than ever teaching this wonderful old book.

I tell my students at the beginning of every semester in which we read Republic that people have been reading Plato for more than two thousand years not because he has good answers but because he’s a pioneer in asking good questions.  Not content with the assertion that human government should be just, he wants to know what justice is.  And in the course of investigating that question, he opens up questions about the nature of education, how women and men relate to one another, who counts as a countryman and who deserves no such respect, whether human desires are all of a kind or whether some stand superior to others, what sort of constitution is best for a city, and about four hundred pages of other hard, worthwhile questions.  By the time my students finished the book, they had the occasion (even if they did not seize the occasion) to encounter questions that make disciplines like physics, history, sociology, economics, psychology, and even literary studies intelligible, and they became familiar with the sorts of questions that were still alive when Jesus did his earthly ministry in Palestine.  Since our college stands dedicated to the integration of faith and learning, Republic is in many ways our college’s best friend.  Today, in a departure from what I did (or could do, really) at the University of Georgia, we did a close reading of the Sermon on the Mount, noting where those questions were still alive as Jesus addressed the Galilean crowds those four hundred years after Plato, and my students seemed to connect, in proportion to what they had read, with the persistence of those questions for Christian theology.  In the process of doing so, we did indeed talk psychology, anthropology, and all sorts of other groovy things in relationship to that wonderful discourse of Jesus.  It was a good day.

Beyond the questions that I can ask and remain legitimate within the institutional mission, there’s more of a sense at Emmanuel that I’m talking to a group of people who experience their lives as called.  At UGA, as I’ve written before, there was absolutely no common sense of institutional mission.  People could generally root for the same minor league football team (although I did have the occasional LSU partisan in my classes), but there was little sense that anything but the atomized, individualistic goals of each student counted for anything in the grand scale.  At Emmanuel, the challenge is less establishing that there might be a God who calls the students and more establishing that the actual content of classwork might be the stuff of their mission.  Although many if not most of the students would agree with the assertion that God has called them to serve Church and world, many of them need some convincing that what we do in freshman composition has anything to do with that call.  Even given such, I do come into my classes here feeling like I’m starting from a better place.  Perhaps I get too excited about starting from the 20-yard line rather than from the two, but at least among the folks whom I taught this semester, they really did seem to grab onto what Plato was offering as a vision for the ends and aims of education, something that really I’d only ever experienced before among my ROTC students at UGA.  Beyond that general sense of mission, as I mentioned before, I really do get the sense among this group that they’re going to go back to their Bible studies and Sunday school classes reading the New Testament a bit differently–they now have a set of tools for reading that they hadn’t used before, and they see that Paul, when he writes about “elders” and “deacons,” has some genuinely serious stuff in mind, not just picking the folks who carry the offering plates on Sunday mornings.

In my own encounters with the world, I confess that I remain a Thomist Aristotelian, certainly modified by some German dialectical thought but in all of those influences solidly committed to finding the meaning of the world in the world rather than deferring meaning to that-which-lies-beyond in any simplistic manner.  I’m still suspicious of philosophies that would treat Heaven as simply another “level” of earth and that do not have Thomas’s analogical reserve about pronouncing on heavenly things.  And I tend to be a conservative politically, preferring Congressional declarations of war and citizen-militia systems where armies stand for only two years at a time (that’s article one, section eight of the Constitution, for those keeping score at home) to the modernized, professional armed forces that go anywhere a president bids them go at a moment’s notice.  For that matter, I tend to think of so-called “immoral” literature as some of the best stuff for moral education precisely because it stands to highlight the horror of evil and stir a sense of fear and pity.  I’m not Platonist, I assure you.  Even so, there’s still no book I can think of that I enjoy teaching to freshmen more than Republic.

← For Our Instruction: A Reflection on the Lectionary Readings for 5 December 2010
Before the Link can Dry →