Economic Reality and Gospel Proclamation: A Response to "The Just One Challenge" 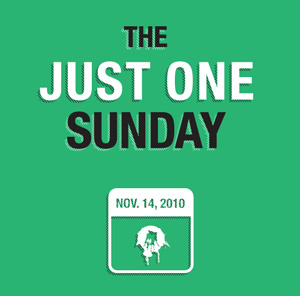 “The Just One Challenge” from The Christian Standard

Perhaps this little essay will not sustain the interest of any but those who are involved with the Stone-Campbell tradition, those congregations that often go by geographical names along with “Christian Church.”  My hope, however, is that in reflecting on an anxiety within my own tradition, some interesting theological questions might arise even for those of the Christian Humanist’s readers who only know the Restoration Movement because of my participation in it.

First, let me go ahead and congratulate those of you who read through the article and found the obvious idiosyncrasies and bits of narrow vision to which my tradition is especially susceptible.  Yes, the article seems to assume that only the evangelicals in France count as Christians.  And yes, the working assumption seems to be that only Bible-college graduates are going to be in the world to communicate the particulars of the Christian faith to all those who are not Christians.  And yes, the pronouns are all masculine.  Although there’s been debate within my tradition since the 1890’s about women ministers, and even though some of our congregations have women ministers, some writers for our publications still assume an all-male clergy.

All of that out of the way, what troubles me most about this article is the assumption that the independent-Christian-church congregation, itself somewhat of an innovation of the last two hundred years, automatically stands as the form that will best sustain the preaching of the Gospel in the years to come and that, as a result, what the current members of those congregations should be most concerned to do is make sure that enough youngsters commit their higher educational careers to sustaining that model.

My first concern with such assumptions is purely empirical.  I’ve heard many an old-time preacher (and I love me some old-time preachers, most especially my own father-in-law) say that there’s a shortage of young preachers, but the (shrinking) job listings, at least within my own tradition, tell a story that differs somewhat from the scarcity narrative.  Most if not all of the listings for preachers assume that they can demand someone with church-work experience, that they can set in very precise terms what sort of education the candidates should bring, and that they can set forth at the outset what sort of intellectual/doctrinal/theological frameworks are in and which are out.  In other words, the job listings seem to proceed from a position of power, assuming that they’re not sending up a distress beacon so much as sifting through a bounty of potential preachers.

Furthermore, the “scarcity” story does not adequately describe the wildly different experiences of smaller churches or larger churches whose preachers and elders I’ve spoken with.  For the medium-to-mega-churches, any job listing that offers a living wage, so I’ve heard, will get anywhere between thirty and a hundred applicants.  And for smaller churches, whose offering plates don’t yield up enough to support a family without a second job, it’s hard to get even one, especially when the graduates of the more conservative colleges expect to make enough money to keep their wives at home on one salary.  In other words, the “shortage” might well have to do with the sizes of congregations just as much as it has to do with an absolute arithmetic lack of professionals in the field.

Beyond the job listings, of course, I have my own experience.  About six years ago, when I was contemplating what to do with my life after completing my second graduate degree (one in Old Testament, one in English literature), one step I took was to apply to a number of associate and preaching minister jobs in Stone-Campbell congregations.  I worked up a good resume, wrote my share of application letters, and in all contacted twelve churches inquiring after their jobs.  (It seemed like a good number.)  At the time I had preached somewhere around sixty Sunday-morning sermons (more than a graduating Bible college senior likely has preached), I had some proficiency in Greek and Hebrew, and I had credentials from two very respected Stone-Campbell schools (Milligan College and Emmanuel School of Religion) leading off my resume.  I also had two and a half years’ teaching experience in college classrooms, a strength that I highlighted for congregations looking for a preacher who could also educate adults in classroom settings.  In the months that followed my sending out the applications, precisely one of the twelve churches ever even contacted me, and that was a two-line email to inform me that I wasn’t what they were looking for.  In the meantime I applied for and gained admission into the University of Georgia’s Ph.D in English program.  I’d like to think that such a move turned out well.

The bottom line is that, from what I’ve heard and from what I’ve seen, the narrative that this article presents, one in which opportunities for those trained only as traditional paid clergy are expanding more quickly than are the numbers of people qualified to be paid clergy, does not seem to be adequate to the realities inside of which actual churches do what they do.

I want to make two things perfectly clear.  For one, I do believe in and honor divine vocation: those whom God calls to preach must preach.  I also must be clear on a second point, namely that that the paid pastor of the local independent congregation is a new arrival on the historical scene, not something that has always been with the Church and not something without which Christ’s Church will perish. Even a cursory survey of church history will turn up Paul, who worked as a tent-maker; friars, who begged from town to town as they preached; celibate secular clergy in the middle ages, whose expenses were kept low by keeping them from (legitimately) supporting children; and the modern movement of bi-vocational ministry among evangelical Protestants.

What the old-time preachers neglect (and remember, I love me some old-time preachers) is that economic realities change over the course of the Church’s history.  The pensioned parish parson is a figure that makes perfect sense in the Church of England when and where said Church is in a place of cultural prominence, and the paid pastor still has some currency in congregations large enough to support that pastor on roughly two percent of the congregation’s income.  (And yes, I know preachers want ten percent.  I also know that the reality is closer to two percent.)  But to tell this generation of young and pious youth group kids that the only faithful course in the world is to specialize in a profession that’s becoming narrower by the year is something akin to encouraging scads of people to do grad school in the humanities.  (And I say this as someone who’s sitting in an English professor’s office and who looks at an English professor in the mirror in the mornings.)  The number of churches that can support a preacher, much less a staff of ordained clergy, is shrinking, and if people really want to reach out to human beings anywhere but in the wealthy suburbs, bivocational preachers or some kind of new-monastic life of simplicity seems to be the way to go.

I realize that the purists among the old-time preachers will likely consider me a sell-out of sorts for writing this, but I do think that Bible colleges, if they want to be responsible as they train the next generation of gospel-proclaimers, should do so by combining a rigorous education in Biblical languages, Biblical interpretation, Church history, and other practices of the theological intellect with training as English teachers, accountants, auto mechanics, and other skilled professions.  (Not all of them need start with vowels.)  And to be perfectly honest, I don’t think that one person has enough hours in a week faithfully do both and raise a family.  For that reason (and because I think it’s a good idea on other theological grounds), I do think that the future of the church will not be with one person in a suit (or a robe, if your tradition is into that) in a pulpit every Sunday morning but with a plurality of teaching elders, sharing the responsibilities of teaching as congregations shoulder the burdens as their lives allow to care for the sick, visit the lonely, and do other things that really ought to be duties distributed among the congregation rather than heroically shouldered by the dude with the Clergy pass at the hospital.

This will require a new array of strategies for training, placing, and otherwise moving future preachers along to where gathered Christians need them, I realize, and off the top of my head, I don’t have any ideas that I’m comfortable writing yet.  But having spent time in the poorer parts of a medium-sized city with a bivocational preacher whom I still hold up as my own model for Church ministry, and having spent some time in poorer parts of non-urban America, where job listings for preachers simply do not yield many good applications, and having spent some time in congregations that struggle to make ends meet, I do happen to think that imagining such strategies should be the business of those people who research, theorize, and write books about living as the church.  And while I’m not out to get any old-time preachers fired, I do wonder just how many traditionally trained old-time preachers would go to waste twenty years from now when a new generation of truck-mechanic-preachers, store-manager-preachers, and computer-programmer-preachers could be reaching rural America, the poor sections of the small cities, and all of those other population groups that can’t really support a Saddleback or a Southeast Christian.  I’m not by any means anti-preacher; I just wonder how much better our preachers could be going forth when the demographics aren’t confining them to the suburbs.

As usual, I do welcome our readers’ feedback, both those from the Stone-Campbell movement and from elsewhere, about whether I’m missing some important reality or if my suggestion makes some sense.  What do you see as the future of Bible-college, Christian-college, and seminary education?

← The Christian Humanist Podcast, Episode #30: REVENGE!
The Links We Carry →

2 comments for “Economic Reality and Gospel Proclamation: A Response to "The Just One Challenge"”