Rejecting the Invisible: A Reflection on the Lectionary Readings for 29 August 2010 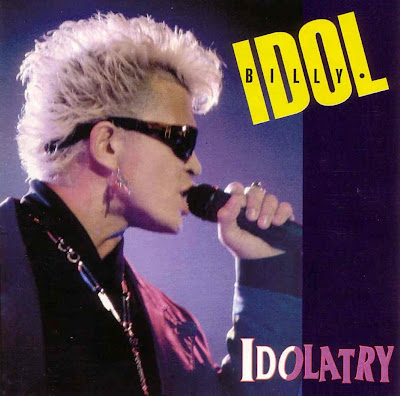 I should open by saying that sympathizing with the unsympathetic characters in the Bible sometimes feels like cheating.  That doesn’t mean I refrain (I’ve got a draft going of a novel with King Saul as its protagonist, for pity’s sake), but I do sometimes get guilty about it.  One valid and helpful reading of this week’s text gets enraged at the idolaters in Jeremiah’s Jerusalem along with the prophet and (presumably) along with YHWH.  And the rhetoric comes at them fast and furious: not only are they unfaithful; oh no.  They’re also unreasonable, forsaking the God who delivered from Egypt.  And more than that, they can’t even manage the degree of fidelity that one can expect from “the nations,” who seem to keep their gods around quite nicely, thank you very much, irrespective of the fact that those gods aren’t really divine at all.  (I had to resist strongly to avoid an exclamation point just now.)

On the other hand, a reading more akin to an Aristotelian take on tragedy might have some value as well.  When I look at these idolaters, perhaps fear and pity rather than sympathetic rage should be the order of the day.  After all, Israel is the only nation in the region (I shy away from worldwide claims) without images of the gods.  The psychological need for a visible focus alone makes me wonder whether I would be all that much more devoted to a deity whom I can’t even imagine because it’s against the commandments.  Beyond that, though, Jerusalem isn’t exactly a city free from danger.  As Jeremiah writes the oracle that YHWH sends him, the armies of Babylon have overthrown the seemingly invincible Assyrian empire, which in turn had ousted the superpower Egypt, and in the recent memory of the southern tribes has to be the exile and disappearance of the ten northern tribes on the hooks of Assyria’s power.  Perhaps the cult of an idol is a cracked cistern that holds no water, and perhaps the gods of the locals are fountains that don’t give any water in the first place, but I can’t believe that the temptation would be slight to go with what I could point to when the chips were down.

Today’s reading from Hebrews can hold forth with great zeal that Jesus will never leave or forsake, and the rhetorical question, “What can anyone do to me?” sounds wonderful in the comfort of my office, but when I think of the existence of a persecuted group like south-Sudanese Christians, I can see why “Crusade” is still in their vocabularies and automatic rifles in their hands.  I would hope that, in those circumstances, I would retain the faithfulness to an invisible Christ, that I would choose martyrdom, but I simply cannot claim that I have done so, that I would with certainly reject the power of the sword.  I just don’t know that.  But relying on one’s own strength never has been central to the gospel that the Christian Bible would hold forth.

May the God who sometimes parts the Red Sea and other times allows the faithful to die as martyrs strengthen all of us as we strive towards that which is unseen.

1 comment for “Rejecting the Invisible: A Reflection on the Lectionary Readings for 29 August 2010”