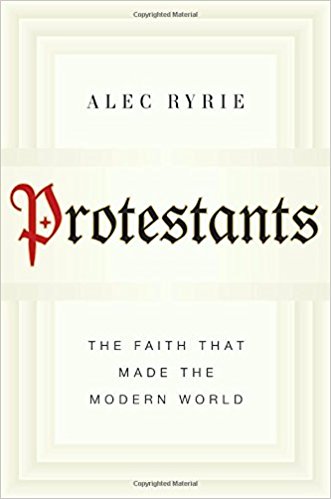 The Pietist Schoolman Podcast, Episode #30: Legacies of the Protestant Reformation

Sam and I wrap up our third season by considering some of the legacies of the Protestant Reformation: from democracy and free inquiry to religious pluralism and secularization to the notion that Protestants are “reformed and always reforming” (and why that means you should all buy The Pietist Option).

Alec Ryrie, Protestants: The Faith That Made the Modern World

________, Rebel in the Ranks: Martin Luther, the Reformation, and the Conflicts That Continue to Shape Our World

Craig Harline, A World Ablaze: The Rise of Martin Luther and the Birth of the Reformation

Finally, we didn’t get a chance to discuss it, but as a coda to the whole season… read Marilynne Robinson, “The Luther Legend,” The New Republic, Dec. 12, 2017.