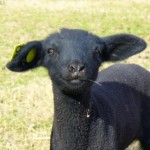 “I do not ask for these only, but also for those who will believe in me through their word, that they may all be one, just as you, Father, are in me, and I in you, that they also may be in us, so that the world may believe that you have sent me.” (John 17:20-21)

So prayed Christ to His Father, on the night he was betrayed. Yet Christians seem far from unified, divided as we are by institutions, confessions, ethical stances, even race and economics. This often gets blamed on the Protestant Reformation, when men like Martin Luther made standing alone, with nothing by Scripture and their conscience, look so cool. Yet that understanding of Protestantism, says Kevin Vanhoozer, misunderstands the Reformers’ most fundamental priniciples. The essence of Protestantism—”mere Protestantism”—isn’t to sing solo, but sola: united by our confession of grace, faith, Scripture, Christ, and God’s glory alone. Far from splitting us apart, Vanhoozer says the solas can bind us together—perhaps not in unison, but in beautiful harmony. In this episode of Christian Humanist Profiles, David Grubbs interviews Dr. Kevin Vanhoozer, research professor of systematic theology at Trinity Evangelical Divinity School and author of Biblical Authority after Babel: Retrieving the Solas in the Spirit of Mere Protestant Christianity (Brazos Press, 2016).