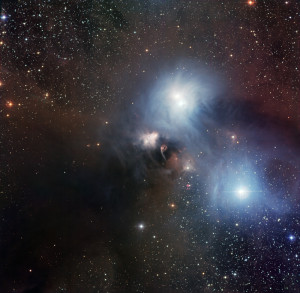 Faith in a World with Moving Parts: A Reflection on the Lectionary Readings for 21 March 2016

The second Sunday in Lent, a season dedicated to fasting and reflection on our sins, seems a strange place for Genesis 15.  (As is my wont, for the sake of this post, I’m going to include the verses that the Revised Common Lectionary omitted, including 13-16 and 18-21.  If you’re going to read fourteen verses, you might as well read twenty-one.)  When I hear this passage, the sentence that rings loudest is the one that St. Paul deploys in his epistle to the Romans: “…it was reckoned to him as righteousness.”  Certainly Paul’s point here is not unrelated to sin, but just as certainly one could think of less-indirectly-related passages to read as the days grow longer, perhaps even passages about Abraham’s own sin or Abraham’s pleading to God for clemency against Sodom or something of the sort.  So, as is also my wont, I’m going to regard this as a riddle of sorts, an occasion to think theologically instead of a simple error.

The story begins in anxiety: Abram, the father of many, had no offspring.  The fear here I can understand rationally, as a matter of historical awareness, but with dang near two thousand years of the New Testament in my wake, I have a hard time thinking of posterity as anything except something that includes one’s imprint on the Church, so I have to be satisfied with the proposition that Abraham’s sense of finitude is on the table here without the capacity to empathize.  That’s not a problem unique to this passage–I also lack the imaginative flexibility to experience what it would have been like for Jesus to ask me to sell Israel and give the proceeds to the poor (Luke 18), to live the life of a true exile (Psalm 137), or really to demand justice of a universe that, if I’m honest, I regard largely as random happenings (most of the book of Job).  I can, on the other hand, imagine, by analogy, what it might be to see a life’s work go up in flames because the wrong politician nominated the wrong justice to the wrong court.  (If you think I’m talking about the other guy’s party and not yours, you’re wrong.)

In response to the anxiety, God promises eternity: from one man, descendants will arise that number more than the stars in the sky.  (I’ll leave aside the question of how many stars are actually visible–if I read this statement as “lots of people from one person,” the precise numbering stops being so important.)  When Abraham believes this, to quote the King James version, God reckons it to him as righteousness.

I’m not nearly enough of a Biblical philologist to do the range-of-connotations work on every particle in that loaded sentence, but that’s not always necessary: taking a brief look at the narrative that follows (including the omitted verses) starts to tell us a fair bit about grace and sin and some other matters that might help our souls to contemplate such matters for the season of Lent.  Most notably, whatever it means for Abraham to believe, that does not rule out open demands for more from God.  “How am I to know” is not an invalid question for the one who is righteous because he is faithful, and neither the narrator nor God comments to the contrary.  Instead Abraham, conditioned as he is by the cut-throat world that he’s left and the unknown lands before him, treats the covenant with God as yet another Babylonian-style negotiation, and God responds not by barring him from promises made but in fantastic manner, with a mystical vision of a sacrifice divided.

But the vision of symbol of the covenant does not come in a vacuum: before the torch and the fire-pot pass between the parts, God tells Abraham that there will be more occasions for asking “How are we to know” as Abraham’s star-numerous people spend generations and epochs far from the land promised and far from the freedom that one’s own land allows.  And the land is not any uninhabited fantasy-place; after the vision God promises not merely land but “the land of the Kenites, the Kenizzites, the Kadmonites, the Hittites, the Perizzites, the Rephaim, the Amorites, the Canaanites, the Girgashites and the Jebusites.” (Genesis 15:19-21, ESV).  Whatever shape God’s promise takes as it bears out in the world, Abraham’s and Joseph’s and Moses’s and Israel’s life as the promise-hearing people will take place in real places.  When Israel falls, it will fall to real, ambitious world powers, and when Israel takes what is promised, they will take it from real Canaanite peoples and real Palestinian city-states.

Such clusters of variables remind us, after two thousand years of the New Testament, that although land has become yet another liquid commodity for most of us, and although life without offspring has become for us one “lifestyle choice” among many rather than the unambiguous curse that Abraham confronts, yet each of us still hears the call of God’s grace and receives the offer of God’s salvation in a complex world, one at least as conflicted as the best of Athenian tragedies and at least as troubling as the book of Job.  Our faith, let us never forget, always comes with contradictions, and the one who abandons faith at the first sign of complication might not have any faith at all.

May we be people of Abraham, O Lord, not because we know what that means but because you’ve set it before us as what faith might be like.