Late to the Party: A Response to Bo Sanders 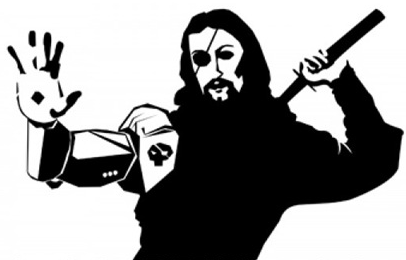 Doing Theology in the 21st Century. or why Aquinas is a footnote

Bo Sanders is a friend of The Christian Humanist and a friend of mine, and if he’s ever in the Athens, Georgia area, I’m going to buy him lunch.  I state as much up front because some folks, mostly folks who are just getting to know me, sometimes think that the folks with whom I spar online are my enemies.  Rest assured, reader, that I’m not nearly interesting enough to have that many enemies.

Bo and I have been trading punches for a spell now on the relative merits of old books for 21st-century theology.  Bo has a well-worn catch phrase that he enjoys deploying when folks like me suggest that careful attention to Augustine and Aquinas and Erasmus and such might be good medicine, and he performed his riff well in his December 17, 2013 Homebrewed Christianity post:

Almost invariably when I am enduring critique from a conversation partner who is more conservative than myself, it is only a matter of time before they bring up Aquinas. I don’t get the nuance of Aquinas. I didn’t distinguish between the early and late Aquinas. I wasn’t careful to appropriate this or that of Aquinas’ formulations. I didn’t read the right translation of Aquinas. (the same things with Barth and Scotus too)

What I am saying is that we don’t need to understand Aquinas better or deeper.

We are to do in our day what Aquinas did in his.

As a contextual theologian I don’t think that is accomplished by obsessing over Aquinas. I’m not saying that we aren’t generous or respectful … I’m saying that Aquinas lives neither where we do nor when we do. He lived in a different context and time.

Call this dismissive if you will but  The Church’s future is not to be found in Europe’s past. I say it all the time.

Yes you do, Bo.  Yes you do.  And since you don’t mind, I will indeed call it dismissive.  Thanks for allowing that.

Now in the past I’ve responded in more short-form ways, usually in blog comments, and I stand by them.  A few of them have been roughly these:

Another thought occurred to me as I read Bo’s latest salvo, though: old books and critical theory might actually be doing analogous work. The students I teach aren’t coming to me as Augustinians and Thomists; they’re evangelicals.  Such a given reality means that, where I do my work, old books and critical theories are, for my students, both “new” kinds of arguments, and they actually contribute to the same complex network of existential and intellectual change for those students.

Let me try this analogy out: if the only players in the game are Augustine and Boethius on one side and Cobb and Caputo on the other, then it’s one sort of game.  And eventually one of those teams would win and the other lose.  But that’s not the game that I play week to week in the context where I teach.  (See me being contextual there, Bo?)  When I play the game I play, one of my main concerns is shaking up what Phil Cary calls “the new evangelicalism.”  In that game, old books and social theory might actually be working towards the same ends, not two opposing teams but the center and the shooting guard, the offensive lineman and the wide receiver.  If Phil Cary’s ten anxieties are the problems, perhaps the old questions and the new questions could be two kinds of good medicine:

What occurred to me as I read this most recent iteration of Bo’s thesis is that, where I teach and serve the young, in the context of an evangelical college, we just don’t have enough friends in the world to make social theory and classical theology into an either-or contest in which one or the other must eventually land in the “footnotes.”  That might be a live distinction in the halls of seminaries, and it might even be of some use in more liberal-Protestant congregations, but the students I teach aren’t seminarians yet, and most of them aren’t liberal Protestants yet.  Instead, the folks given to me as gifts every semester (and my students are always gifts) are coming out of a fairly well-funded, well-entrenched, well-nigh-ubiquitous evangelical culture.  And as we contend with that culture, we can use all the friends we can get.

So yes, I’m going to keep teaching Platonic dialogues, because they’re great models of inquiry for students so accustomed to easy answers that a follow-up question automatically sounds like the attack of an enemy.  And yes, I’m going to keep teaching Derrida, and largely for the same reasons.  I’m going to teach Augustinianism and feminism (both great examiners of the distortions of conscious thought), Calvinism and Marxism (both great investigators of the sins that are already there before we ever commit a malicious act), Dante and Foucault (both great helpers when we try to examine the structure of power-abuse).  I can use all the friends I can get in the face of the evangelical subculture, and that’s why I’m still going to resist any tendencies that even slide towards an either-or.

3 comments for “Late to the Party: A Response to Bo Sanders”