No Room for Difference: A Review of Viral Jesus for SpeakEasy Bloggers 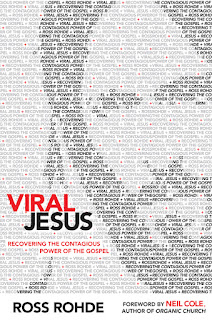 There are certain books that make me realize just how much other writers influence me.  This was one of those.  If your own background is less saturated with Walter Brueggemann, and if you’ve not recently read Phillip Cary’s Good News for Anxious Christians, or for that matter if you think that people should have the right to trash Plato without having read Plato, perhaps you’ll find this book more appealing than I did.  If those writers, or writers like them, are your idea of helpful thinking, this book is going to strike you as it struck me, as a book lacking both a desire to acknowledge good difference between Christian traditions and any capacity to acknowledge the difference between reason and revelation.

Brueggemann’s signature move in Old Testament theology, for the sake of those who have not read him recently, is to take the plurality in the Bible as real rather than illusory and to start any theological work from that plurality.  Thus affirmations of God’s justice always stand alongside laments calling on God to act justly, and the core confession that Israel is the main site of God’s interaction with world always happens in the midst of assertions that God also lives in relationship with other nations, with creation taken generally, and with one class of people within Israel over against others.  Theology, if it’s to follow the Bible’s lead, must always assert and leave room for complications of assertions, both confess boldly and question confessions with like boldness.

Why does this matter to Rohde’s book?  Rohde’s approach implies at least that only the most anarchic expressions of Christian life are valid, that anything that looks like an “institution” (more on that word later) can’t be a mere difference among local Christian communities, with one acting more anarchic and one less, but must be instead a degeneration, a movement away from a pure origin that stems not from historical accident but from disobedience. Rohde has no place for the possibility that institutions might be vehicles of divine grace, of course, but he doesn’t leave that a matter of personal preference, imposing it on the Bible instead.  He holds that the only good parts of the Old Testament, which means the only part that echoes his disdain for institutions, are very small passages.  His extended meditation on 1 Samuel 8 says nothing of 2 Samuel 7 and not much else about the rest of the Old Testament.  Likewise absent from the book are interpretations of the pastoral epistles, Revelation, or any parts of the Bible that do not fit with a vision of faith that has no place for institutions.  Rohde goes so far in some places to say that the Torah of Moses or even Christian theology itself as species of “human human structures” as opposed to “obedience” to God (72, 80, 189).

In all of these cases and in other places, Rohde goes forward assuming that the things of God and the things not-of-God (more on his terminology there later) always fit into neat binaries and that he, Rohde, has an uncomplicated access to the Holy Spirit that everyone who differs from him has rejected.  I start within the Biblical canon because, as you might anticipate, someone who’s unable or unwilling to see plurality within the canon on such questions has absolutely no interest in seeing exemplars from Church history, much less philosophy, as helpful or even different in interesting ways: either one agrees with Rohde, or one has rejected God.

Perhaps the most evident binary throughout the book is one that Phillip Cary (I told you he’d come into this) does such a nice job of countering in Good News for Anxious Christians, namely the faith-reason binary.  For Rohde, the main problem with “institutional” Christianity is that, instead of listening for the voice of Jesus to give prophetic guidance at every turn, traditional church leaders sometimes make their decisions “using human logic” (14).  As an alternative, Rohde holds up a style of deliberation that waits for divine guidance at each step, doing “what Jesus leads us to do–no more, no less” (176).  And if I hadn’t spent the last decade and some change of my life talking anxiety-ridden evangelical students through their “finding God’s will for my life” hangups, perhaps I w0uld be more sanguine about this tendency in Rohde.  Instead I see in his proposal the sort of anti-institutional, individualistic (though he does deny individualism, one wonders how one ducks individualism when one is waiting for voices before one takes one’s next step) piety that has crippled entirely too many of my own students.  As I’ve offered before, when I’ve reviewed other “go-getter,” entrepreneur-spirited church-planting books, my office door is always open to those who have walked the path of self-loathing that comes from trying to impress God and need some Dante and Dostoevsky for some therapy.

Why Can’t Emergents Read their Plato?

Now if you’re tired of my beating the Plato drum you can skip this paragraph, but I think that such things are worth noting, so I’m going to say it.  Early in the book, before Roman numerals convert to Arabic, Rohde decries “the Hellenistic worldview of civilization” which is characterized by “ideas separated from action” (xxvi).  At that point, before I waded into chapter 1, I had a hunch that I was in for a long read, and I was right.  Soon after that gem Rohde was making reductionistic distinctions between “the Hebraic worldview” (xxviii) and “the Hellenistic worldview” (xxix) that my Emmanuel College freshmen, having completed Intro to Bible, could probably dismantle.  Among the things that Rohde attributes to Plato or to the Greeks more particularly are a failure to leave room in their philosophies for “supernatural power” (30–I suppose Plato’s Phaedrus and its discussion of vatic and poetic and erotic madness as gifts from the gods don’t count), that Plato is only concerned with “propositional doctrine” (55-56–never mind the DECADES of physical and spiritual training that Plato would have his Guardians undergo before he would let them begin training in dialectic in the Republic), that Plato’s main concern is what “can be expressed conceptually” (137) rather than real life (never mind that his hero is always Socrates, who dies for his duty to the very particular city of Athens), and that the Greeks as a people held their myths to be “literally true but currently unlivable” (152–once again, we’d have to ignore the rather sophisticated discussions of myth not only in Plato’s Phaedrus and Republic and Symposium, just to name the ones that I’ve taught recently, but also in Aristotle’s Poetics here).  You get the point: Plato, just to choose one exemplar, seems to be one of Rohde’s favorite bad guys in spite of the fact that he doesn’t seem to have taken the time to read him.

I’ll go ahead and ask the question that somebody is no doubt dying to ask: “Must one have a working familiarity with the dialogues of Plato to write a church-planting manifesto?”  By no means, friend!  But, as I said in response to another book, most arguments, save those about Plato, don’t require any mention of Plato.  When I write about political questions (I do so too often for my own good, I’m afraid), I’m perfectly capable of articulating my points without saying that those who disagree with me are uncritical and slavish followers of Friedrich Hayek, whom I’ve not read.  Although I know that a good many people who disagree with me on some very important questions often cite Hayek, I have no idea what’s in his books or essays, so I don’t claim to know that it’s his influence that’s at stake.  Instead, I cite those books with which I have a competent familiarity, and I satisfy myself with that.  I’m not saying that nobody can mention Plato; I just wish people would read him before doing so.  And I won’t say that everyone must read Plato; I just ask that those who haven’t refrain from citing him.  That doesn’t seem too hard to me.

If Plato were the only concern with this book, I wouldn’t have much of a problem.  But Plato is just one among many “sources” that never get cited in Rohde’s argument.  He makes assertions about “pagan religions” and their priesthoods without any cited sources (84), asserts that pagan worship “happened to mimic Judaism” (88) without any citation of any historical sources as evidence, and includes an entire appendix on Postmodernism in which he cites only Mary Klages and himself as sources.  Just in case my earlier concessions were not clear enough, let me say one more time: one need not be literate in postmodern philosophy to write a book about Jesus.  One need not teach Plato to write a book about evangelism.  But if you bring up the names of other writers, you’re responsible for having read them.

A Conclusion to Put this Review out of its Misery

I finished this book feeling distinctively sad: on its own terms, I think that the house-church movement is a very good thing.  It removes the temptation for ministers to become entertainers and for elders to become middle managers.  It brings a sense of broad-based spiritual gift to the celebrity-obsessed American Church.  Yet I knew, finishing up this book, that I would have to write the things I have.  I think that, given some more time and a more theologically demanding editor, Rohde could produce a fairly articulate vision of specifically Pentecostal/Charismatic house-church life.  But this book ain’t it.  There are too many easy (and thus useless) binaries, too many dismissals of difference on grounds un-argued, too many invitations to spiritual anxiety for me to cheer this book.  And so I don’t.

Disclosure of Material Connection: I received this book free from the author and/or publisher through the Speakeasy blogging book review network. I was not required to write a positive review. The opinions I have expressed are my own. I am disclosing this in accordance with the Federal Trade Commission’s 16 CFR,Part 255.

2 comments for “No Room for Difference: A Review of Viral Jesus for SpeakEasy Bloggers”