The Just, the Kingly, and the Tragic: A Reflection on the Lectionary Readings for 27 March 2011 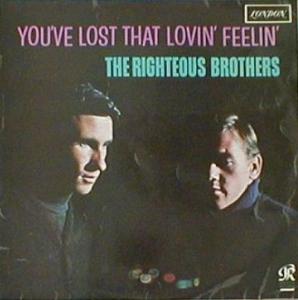 I remember a palpable disappointment when I learned that Neil Armstrong botched his famous line. Even before I was on the track to becoming a teacher of literature and language, I had a healthy curiosity for strange phrases, and I had spent years pondering what differences might exist between “man” and “mankind” in Armstrong’s famous moon-landing line, “…one small step for man, one giant leap for mankind.”  I had spent years pondering whether the distinction were between biological species and spiritual identity, between the current generation and all of history, and probably even more bizarre differences (I have trouble remembering the thoughts that didn’t become my stated positions) before, one day, I came across an account of the mission that said that, although Armstrong was supposed to say “one small step for a man,” it came out as “one small step for man.”  All of a sudden, the difference was clearly between his space-suit-hindered hobbling across the moon rock and the grand stroke of imagination that a human body’s walking on the moon represented.

This week’s reading from Saint Paul’s epistle to the Romans reminds me of that line because, for years, I’ve been trying to make some sense of Paul’s distinction between the “righteous man” (dikaiou) and his “good man” (agathou) in verse 7.  Perhaps inspired by the novels I had read over the years, I came to a distinction between the cold rationality of “righteousness,” the lack of mortal flaws, as opposed to “goodness,” the sentimental presence of something likable beyond mere formal adherence to moral codes.  This was the difference between the generous soul and the prude, the preference for Ebeneezer Scrooge’s nephew Fred over Ebeneezer himself, the knowledge that all of us possess when the two characters come face to face that Maverick is going to end up saving Iceman’s life.  To be honest, I’m more than a little bit glad that I’ve found ways to read this passage differently, even if it satisfied my need (my need for speed).

As with most changes in the way I read the Bible, the keys are not the “deep meanings” that my intro to literature students always seem to want me to unveil when they can’t be troubled to read carefully but surface realities in the text itself.  One obvious bit of reality that such a reading ignores is that Romans 5:7 comes right before Romans 5:8, the passage that puts the righteous and the good not in comparison with one another but as two members of a common set that stand in contrast to us, the sinners.  The point is not that one of us would die for Tom Cruise (before he got so blamed weird) before we’d die for Val Kilmer but that God sent the Messiah to die neither for neither eighties heartthrob but for us, those whose lives do not even hit the mark that one can call properly human.  (I’m resisting one last Tom Cruise joke here.)  The pairing of dikaiou and agathou is not for the sake of comparing one to another mainly but for the same rhetorical effect that a “three things and four” proverb (see Proverbs 30:18-19 for one famous example) or a bit of synonymous parallelism (see Proverbs 11:7 or Proverbs 14:19 for two entirely arbitrary examples).  The presence of both as opposed to the lone word “sinners” drives home to the reader that there are all sorts of worthy people out there, and my being unworthy is not by any means some sort of default.

Beyond that, the words themselves had, by Paul’s time, become something like our generic terms “good” and “just,” things that could apply to people from all walks of live, but they still had some of the flavor of their old uses about them.  Paul here is not talking mainly about “religion” in our weak modern sense but about a Kingdom, the reality of Israel and the Church, and at stake when one talks about Israel and Church is the sort of people who are going to constitute a royal priesthood and a city on a hill.  And as far as words go, agathon, which in Homer named that quality of “kingliness” particular to a grand ruler and dikaion, which once named another facet of rulership, are hardly sentimental in this context: they remind us that God had other options.  God does not send the Messiah to die for people with Moses-potential, much less a pack of Davids.  No, the nature of divine agape is to die for sinners, those people who never quite will fit into the mold of nation-founders.

You know nation-founders: they’re the virtuous ones who came before the current decadence, those especially tough and for the most part moral folks who always seem to lie at the outset of the nations’ founding myths.  Whether you’re thinking of those Trojans who sailed with Aeneas, who were nothing like the soft wretches of the Civil War era; or the self-reliant individualists of so many American frontier myths, those iron-willed souls who would spit at the idea of public assistance for the poor, these sinners whom Christ died for, the ones Paul names, the “founders” of the new Israel, are who they are sheerly by virtue of God’s generosity, aren’t those golden-age sinners.  On the contrary, like Gideon’s water-lappers, the saved sinners of the Church are willing and faithful, but they’re more brute than Brutus.

And such is the glory of the Gospel: like the nation of Israel, whose early history is a tale of saved people running off after strange gods, and like the woman at the well in John’s gospel, whose ethnic history and marital record leave her marred by months and centuries of the past, the sinners, and that includes all of us, as Paul notes in Romans 1-3, will not miss out on this glorious founding.  God still chooses slaves, not aristocrats, to liberate from the clutches of Egypt and Pharaoh and Sin and Death, and we slaves to sin, freed for genuine humanity and true justice, are precisely the form that agape takes.

May our gratitude and God’s grace bear fruit for the sake of salvation.

← An image calling for a good use
The Christian Humanist Podcast, Episode #43: The Phaedrus and the Nature of Rhetoric →