Jesus and the Con Man: A Reflection on the Lectionary Readings for 19 September 2010 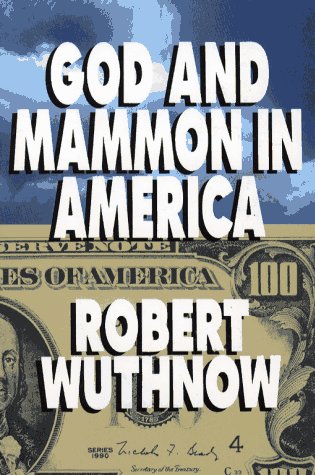 Whether I’m reading English translations or muddling through the Greek, on one reading I think that Jesus is commending those who swindle the powerful to gain favor with the weak, and then on the other I think that Jesus is pointing out the wickedness even of those who are not at the top of the world’s food chain.  The problem, of course, is that the ethical weight assigned to “faithful” and to “dishonest” isn’t entirely clear.  In most situations, be they marital or patriotic or commercial, I would normally think that dishonesty categorically rules out faithfulness.  So obviously when the end of the parable predicts great dishonesty from one who has been marginally dishonest, it’s predicting a bad thing.

But then I get to Luke 16:11, and I have to start over.  There “dishonest wealth” is simply the object of a preposition, a label put on this pile of money that might as well be “your paycheck” or “what you’ve got” for all the clarity it lends the passage.  To be faithful with dishonest wealth seems impossible, but that seems to be precisely what 16:11 is calling for.

Of course, my normal hermeneutical toolbox flew open quickly enough–was Jesus making a nationalist point, that those who are wealthy in an occupied Judea give up their moral right not to be swindled?  Does the wealthy man, who himself must be dishonest, see in the manager some of the ruthlessness that keeps him in the game?  Is this an allegory for pagan learning?  No matter how I try to bend this passage, it keeps on fighting me.  And that makes me realize that, no matter what else I have to say about Luke 16:13, by far the most famous verse in this troubling little passage, I have to admit at the outset that I just don’t have the tools to interpret the parable that leads up to it.  And if nothing else, that should give me pause when I try to pronounce upon it.

I have to admit that, while preparing this post, I did say a small prayer of thanksgiving that this text never came up on a Sunday I was preaching.  I just know I’d try to do a sermon on it, and I have a hunch I would crash and burn in the attempt.

← An Apologia for Jaws
The Christian Humanist, Episode #27: Superheroes →