Which Sport Has the Most Home Runs? 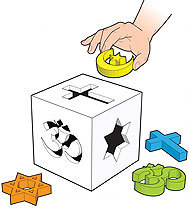 Relationships between traditions are my intellectual bread and butter. When I started studying the various influences of Anglican sacramental life, Presbyterian church polity, Scottish Enlightenment philosophy, frontier revivalism, and other ingredients that make up my own non-denomination’s background, I was hooked, and to this day I welcome opportunities to read studies on my own background.  My dissertation (which is going to get some much-needed attention this summer) is about the influences of Calvin, Erasmus, and the ancients on the ways that English poets and playwrights write about royal and other succession moments.  I positively geek out on Lost and all of the intellectual traditions that run up against each other on that wonderful island.  When genuinely different traditions interact with one another, really good philosophical questions come to articulation, but the other side of that coin is that folks who rush to reduce difference to ornament or other adiaphora tend to take the joy out of those moments of encounter.

So when I read this article, I rejoiced more than a little bit that Prothero, a professor of religion, holds that the strong differences between “the world’s religions” (his phrase) are precisely what makes them worth believing and that folks who claim that all religions are the same speak either nonsense or the fruit of ignorance.  (Before anyone asks, nonsense by definition might or might not be the fruit of ignorance, but if it’s truly nonsense, there’s no way of telling.)  He rightly criticizes those who would never say that capitalism and socialism are the same or that democracy and totalitarianism are two paths to the same destination but say equally stupid things about Islam and Judaism or Christianity and Buddhism.

The article speaks for itself, so I’ll resist an urge to summarize, but probably my favorite bit of criticism Prothero offers is the view, spoken often but perhaps most famously by Huston Smith, that all religions offer humanity salvation.  Prothero makes the perfectly sensible analogy between this statement and a hypothetical claim that football players hit just as many home runs as do baseball players.  To say that football players (while they’re playing football and thus while being football players in a rigorous sense) do not hit any home runs at all is not to pronounce football inherently inferior to baseball, much less to say that baseball players have any moral right to inflict violence on football players for their inability to hit home runs or so that they’ll be convinced to get into a tradition that hits home runs.  But it is to say that the concept of a home run only has intelligibility in a constellation of traditions surrounding softball and baseball and kickball, and salvation is not something that Buddhists shoot for and miss but something that they don’t even shoot for.

Taking Prothero seriously does not preclude evangelism, of course; just the opposite, his analysis points towards a relationship between Christians and Hindus in which the central questions themselves are at stake, and there’s no bad-faith assumption on either side that their goals are anything already settled.  A look at recent Christian apologetics writers from van Til to Milbank will reveal a similar focus on ontological and axiomatic roots, and certainly nobody who’s read Augustine can argue that one of his central points is that the desires themselves become disordered in a state of sin.

If you notice that my posts and David Grubbs’s have been shorter than usual in the last couple weeks, click your way to a few colleges’ academic calendars, see where we are, and pray for our souls.  We’ll be back in force when the spirits that govern the semester cycle have done with us.

11 comments for “Which Sport Has the Most Home Runs?”